And damn it but my head really hurts

Migraines are new to me.  I never doubted how bad they were but I never understood what it was like.

I feel lost in my own head.  When its really bad I start to feel like I’m going crazy.  I turn inward to cope with it and I know I’m a bit lost to my family and the world around me when I’m in the midst of it.  But its all I can do to deal with it. When it goes on for days I feel like I’m on the edge of my sanity.  One false move and I might fall over that edge.  I get nauseous and dizzy and my vision gets blurry. But mostly my head just feels like its going to explode.

I keep thinking of that X Files episode where Mulder had to keep driving some guy west or his head would explode.  (I’m a nerd, I know)

Ian asked me the other day when my head would stop hurting.  I almost cried.  Will keeps asking me too “Your head hurt Mama?”

I’m missing out on my life, and it makes me sad.

They tell me I’m depressed and anxious and its causing these headaches.  But maybe I’m down and on edge because of them. Who knows. In the meantime, I’m trying to get better.  I started a new medicine. Which I hate, but I’m gonna stick it out and see if it helps. I’m eating and taking my vitamins. And I’m trying to find joy in the little accomplishments and moments during the day. I did the dishes today! And went to get donuts with Will. Later I think I’ll go shopping with a friend. I’ll definitely take a nap.

One step at a time… 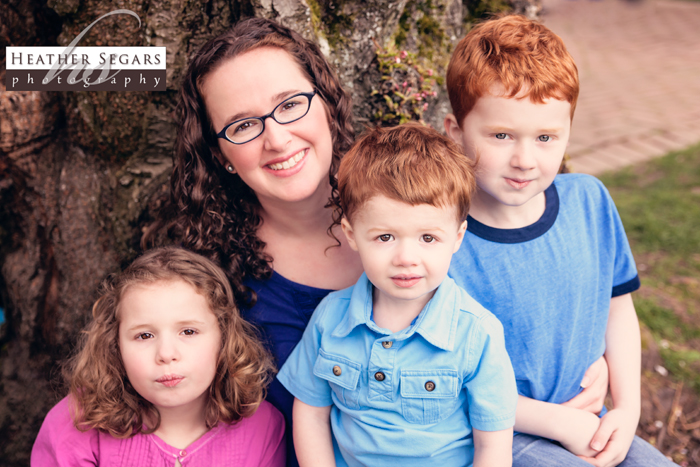